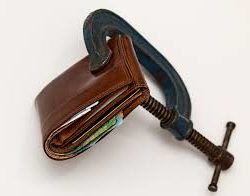 Canada’s economy faces a major risk through the next three years from how debt-laden consumers cope with higher interest rates, according to economists from three of the country’s largest financial institutions. Risks in the housing market remain, even after the slowdown in sales earlier this year after the government imposed new regulations, according to Frances[…]